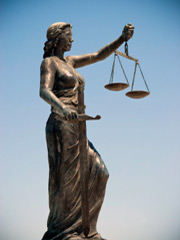 Plaintiffs in the Zoloft birth defects multidistrict litigation (MDL) have argued that their case should be transferred from federal court in Philadelphia, PA to California where the distributor of the drug is located.

The case, D.B. v. Pfizer, was originally filed in California state court where several cases against pharmaceutical distributor McKesson Corp. had been consolidated.

The case was removed by Pfizer to the national Zoloft MDL in the U.S. District Court for the Eastern District of Pennsylvania, claiming that McKesson was fraudulently joined.

Plaintiff attorneys for a mother of a child born with a congenital heart defect argue that Pfizer failed to show evidence that McKesson was fraudulently joined and relied only on her complaint.

Pfizer claimed in its opposition to the plaintiff’s motion to remand that Parmley made no allegations in her complaint specifically directed at McKesson.

Pfizer has argued in court documents that throughout the course of the Zoloft birth defect litigation, plaintiffs have not treated McKesson like a real defendant, nor even taken discovery of McKesson.

“If plaintiffs had any intention of making out a case against McKesson, they’d have obtained the records from the pharmacy where the mother plaintiff bought Zoloft and established that McKesson actually distributed that Zoloft,” Pfizer stated in court documents. They further argued that the Plaintiffs did not even name the pharmacy from which the mother claims she purchased the Zoloft.

U.S. District Judge Cynthia Rufe of the Eastern District of Pennsylvania recently ruled in a way that effectively ended the MDL. Rufe’s order closed all but 23 of 300 cases which were against defendants other than Pfizer and co-defendant Wolters Kluwer Health. Rufe’s decision is pending an appeal before the U.S. Court of Appeals for the Third Circuit. The court case has been going on for more than three years.

Rufe’s ruling essentially said while it hasn’t been proven that Zoloft doesn’t cause birth defects, the attempts in court to prove that it does have failed. The judge did state that the scientific evidence to show such proof may not be ready for years and, meanwhile, the litigation must eventually come to an end.